“I lost many people during the pandemic” 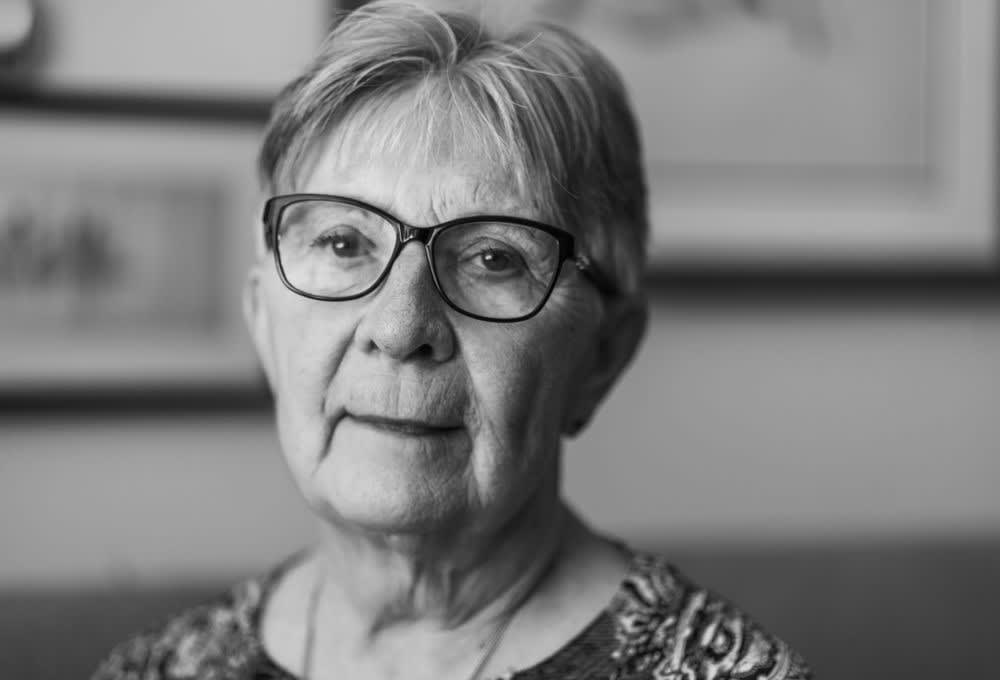 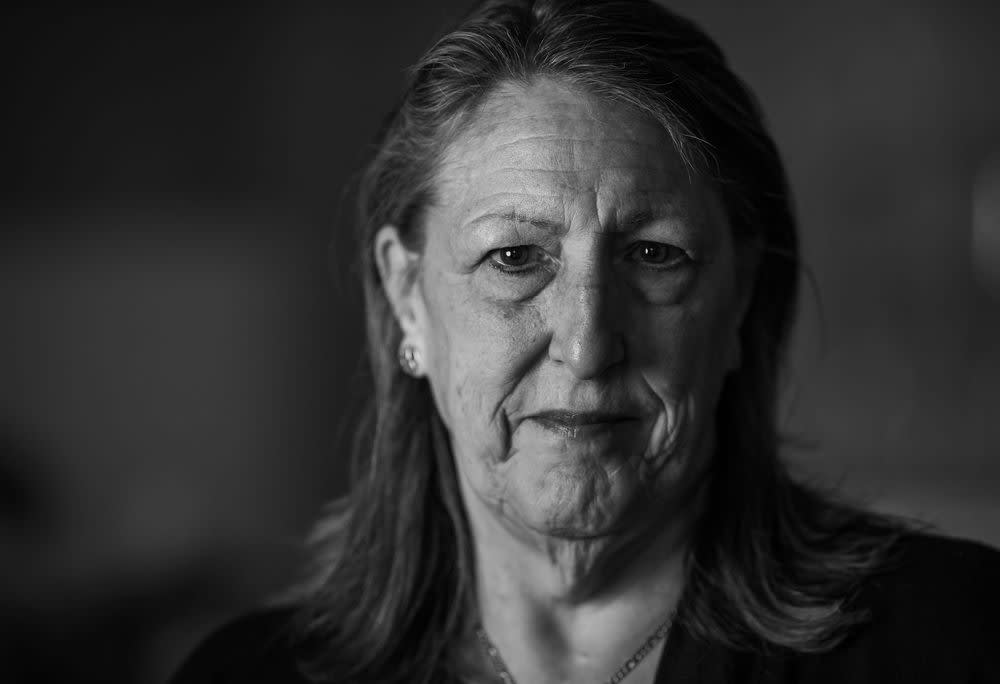 “I have clearly heard the Lord in what seemed to be a voice saying, ‘Be a priest for me!’”

After a year and a half of community college, I found myself in a place where I realized I needed a serious and intimate relationship with the Lord. I had never lost my faith at any point in my life, but at the time I was not fully relying on the Lord and was looking to worldly things to find comfort. I was preparing to start Exodus 90, a fantastic program for Catholic men to help them grow in their relationship with Jesus through prayer and asceticism. The weekend before I was to start Exodus 90, I went on a silent retreat with a religious order called Miles Christi.
One of the evenings we were having Eucharistic adoration and the priest gave a talk. During the talk he asked two key questions.
The first was, ‘What is something in your life that the Lord is calling you to give up for Him?’ I knew exactly what the Lord was asking me to give up for Him, a worldly comfort which had already been put on my heart to remove from my life. But I asked the Lord, ‘How can I do this; how can I give this up?’ I was completely weeping. I remember specifically telling the Lord, ‘I will do this because you are asking it of me, but I really need your help because I cannot do this on my own.’
The second question proposed by the priest was, ‘What is the Lord calling you to do; what is your vocation?’ Immediately I had a burning in my heart and it is really the only time I have clearly heard the Lord in what seemed to be a voice saying, ‘Be a priest for me!’

This was not the first time I had thought about being a priest. My first desire to be a priest came when I was four years old and my grandma made me vestments and bought me a chalice and paten to ‘play Mass.’ But now, at this silent retreat, I asked the Lord, ‘How can I be a priest? Look at how broken I am… look at what I have done in my life.’ But despite my worries, there was a peace there and again, as with the first question, my reply to the Lord was, ‘I will do this, Lord, if it is your will, but you need to help me because I cannot do this on my own.’
After the retreat my life radically changed. With the aid of the Exodus 90 program, I grew tremendously in my spiritual life. I went on to apply to seminary, but was asked to wait a year in order to work on some things and make sure this was a true calling from the Lord. After that additional year of discernment (during which I lived in the rectory of St. Frances Cabrini and took classes at Sacred Heart Major Seminary) I was accepted to the program of priestly formation at the seminary, studying for the Archdiocese of Detroit.
I have now completed my second year as a seminarian at Sacred Heart and know that I would never be where I am without the encounter with Jesus in Eucharistic adoration at the Miles Christi retreat.

I was at the Lennon Center the morning that Chris called me and told me he had leukemia. I'm sitting there with two of the other ladies from the Lennon Center and one of them was actually starting to train me to be helping at the front desk there. Then I got off the phone and I was like, ‘I have to go. My husband has leukemia.’

It was an aggressive leukemia. The day we found out that he had it was also the day he went into the hospital for a month for a very intense first round of chemo. So there was a lot going on all at once. Then a few weeks later, the pandemic started. We were all placed in quarantine. And then I couldn't even visit my husband in the hospital.

I had this confidence and peace and reassurance that just didn't make any sense. This was a storm, right? The world, right? Yeah. At that time, our daughter was three years old. So our world was flipped upside down, like it was for everybody.

God gave me this peace, and I was just this rock for my husband. That was never a role I ever thought I was going to have to be in. Then he ended up having two more rounds of chemo. Two years ago this month, he had a bone marrow transplant. Thank God we were able to find a full match for him.

So when he came home from the hospital, I was learning a caregiver nursing role. Again, I'm still parenting my three year old and then my husband, he's severely immunocompromised. Here I am, I have to take care of this line, a Hickman catheter, that goes right to his heart. But God was with me and he gave me such a peace that made it so that even when I'm doing the things to take care of my husband, I was still able to parent my three year old.

Cancer has a lot of ups and downs. You have all these symptoms that you have to manage and sometimes you go into the hospital again. You keep going and you keep fighting this.

Last year, a couple of weeks before Lent started, I kept hearing this message like, ‘You should ask God what he wants you to do for Lent.’ I had never done that before. And I kept hearing, ‘It's time to come back to me.’ I was like, ‘Are you sure? My husband is still very much immunocompromised.’

It worked out that Divine Child has a 6:30 a.m. Mass and so on Ash Wednesday, I went back to Mass for the first time in a long time. It had to have been at least a year at that point because of the whole pandemic. We had been attending Mass virtually.

I went back to Mass and I didn't go into it actually having an answer just yet of what God wanted me to do for Lent. But I just knew that I needed to come back to Mass. As I was there, I was so overwhelmed with being so thankful to be back there.

Just receiving Communion—before that I didn’t really believe in Jesus truly being there. I had thought about it. I questioned it. I prayed about it. But it never hit me. And receiving the Eucharist was so beautiful and so overwhelming and so deep, so deeply profound. I had been in the desert for so long. And then to come to the oasis where you're like, ‘Oh my goodness, you’ve been here the whole time.’ I came back to the pew and I sat down and I was just sobbing.

My husband was excited for me to go back. I was so overwhelmed and so happy. Now, I don't think I said to him, ‘The Lord is really there.’ I just shared with him, you know, how I felt and how happy I was to go back. Part of that was it took me a while to realize what had actually happened to me. Like, ‘Mary pondered in her heart all these things.’ So did I. Each time I went to Mass, I anticipated receiving the Eucharist like a child waits for Christmas morning. I kept anticipating the consecration and felt true deep love when I received the Eucharist. At some point, I realized it was because He was there. Why would I long for a piece of bread? That's silly. I longed to be in Communion with our Lord!

We started to go to outdoor Mass and then we had the same conversation again when we were going to come back inside. You know, we need to be receiving the Eucharist.

And so after that, the call to Jesus became just really intense. The understanding of the saving power of the Eucharist wasn't just for me, it was also for others - including the souls in purgatory - which was very profound. Heavy is not the right word. It felt like a very strong responsibility to receive the Eucharist and offer its saving power for others.

I think God is always calling all of us. God is always gently, gently pursuing us and waiting for us. And so for me, he has been doing that. And I had given my yes in other ways. But again, not completely until then.

I'm a wife and teacher. Then I became a stay at home mom. And then I became a caregiver. I'm just a regular person. There’s no reason to pick me, but that's what God does, right? He put me in a spot to show me that I could lean on him and trust him to the point where I'm really willing to give up my pride and being like, ‘Okay, what do you want me to do?’