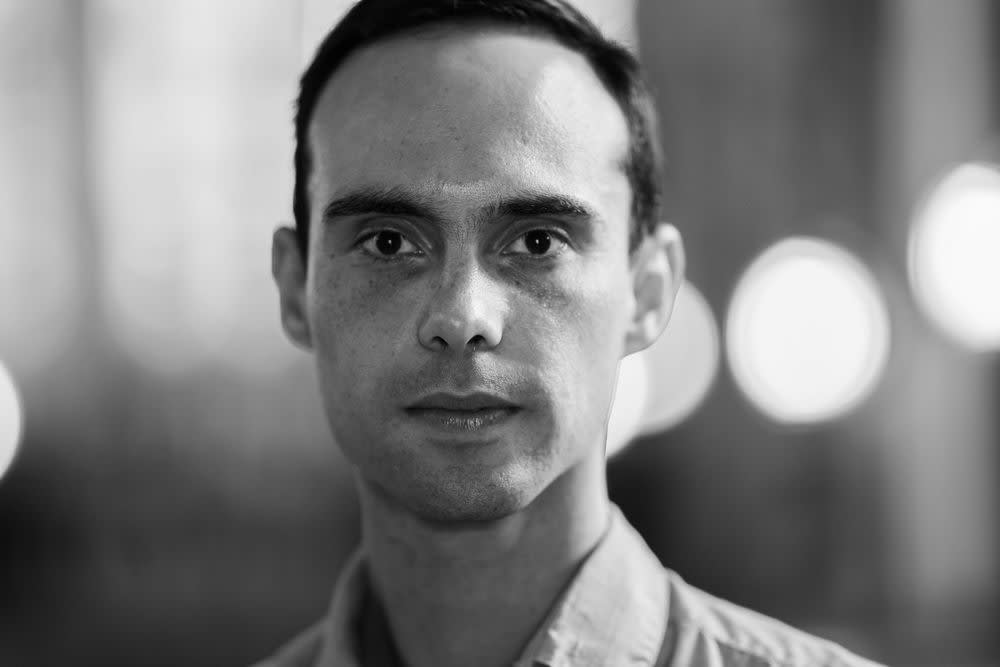 “I remember feeling particularly transfixed by the raising of the Eucharistic host at a Monday evening Mass three weeks ago. The targeted lighting, the wintry world outside, and the signaling of the rocking bells brought to my attention the notion of the priest presenting to us the physical presence of the Most Divine, of God the Creator on Earth yet again.”

Although I was baptized Catholic as an infant, my family moved among different denominations of Christianity as I grew up. And being a teenager who questioned everything, I became agnostic in late high school and through all of college. But I always had great respect for the message of the Gospel. I just didn't understand yet what it meant to have faith.

I was a music major in college, and in both undergrad and in grad school, I sang in a lot of church choirs because I’m a classical choral tenor. And then in June 2020 during the COVID lockdowns, I held off from singing and moved to Detroit from upstate New York.

It was a tough time of being very isolated in a new city and really missing music, and the only place I knew of that still had music being sung was St. Joseph Shrine in downtown Detroit. So every once in a while, even before I was a practicing Catholic, I would go there mainly for the music. I also visited St. Joseph Shrine out of interest in the Traditional Latin Mass, both because it was so rare to find and because I had studied it in music history classes. It was interesting to see it in action.

Then one evening in January 2021, I attended an evening Mass where the organ was playing. After Mass, I went up to the choir loft and asked the organist (who would later become my confirmation sponsor) if I could join the choir. Nobody asked me if I was Catholic, perhaps because from the start I had been totally comfortable joining the choir in prayer, making the sign of the cross, and kneeling and standing throughout the liturgy. In my early twenties I had sung in plenty of church choirs, but it always seemed that most of the musicians were there solely for the music. Singing at St. Joseph Shrine was the first time I was in a church choir where everybody actually believed, which was really powerful and contagious. The beautiful liturgical gestures and the peaceful way of life I encountered began planting seeds of curiosity for the teachings of the Church.

At some point in January 2021, we were singing an evening Mass for a feast day, and then the priest elevated the host and the steeple bells rang. That moment took me back to a passage that I had encountered during grad school in ‘Confessions of a Guilty Bystander’ by Thomas Merton, a Trappist monk who used to live outside Louisville, Kentucky. He wrote, ‘Bells are meant to remind us that God alone is good, that we belong to Him, that we are not living for this world.’ And so when the steeple bells rang, I thought,

‘Oh, bells – a reminder of God's mercy on earth.
God's mercy on Earth is the sacrifice of Jesus on the cross.
Oh, and that's supposed to be God present in the host.' 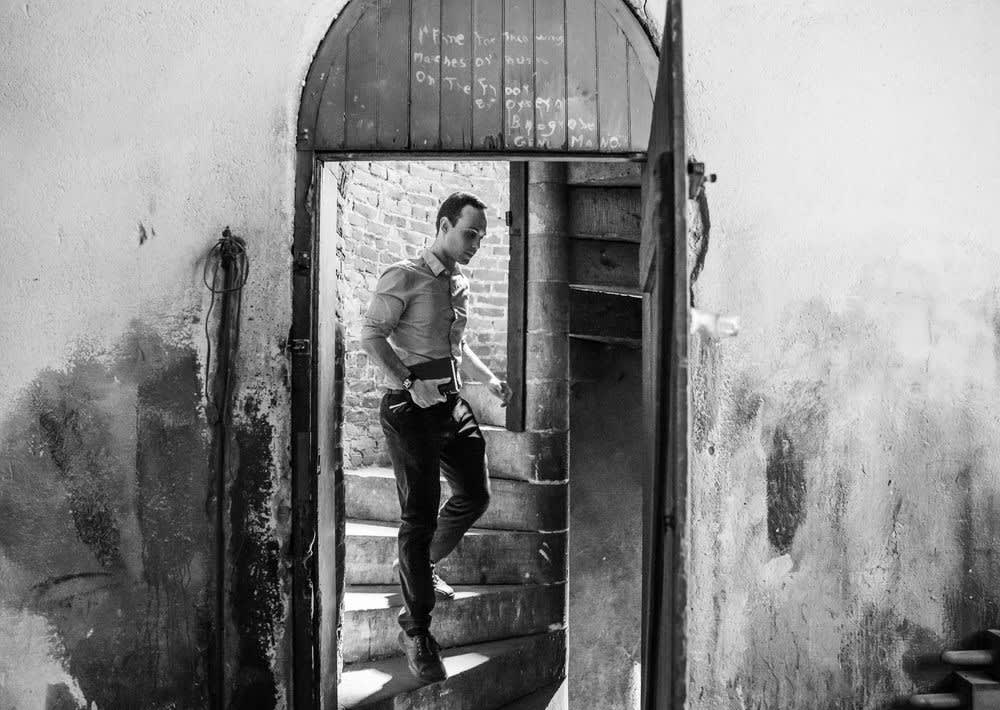 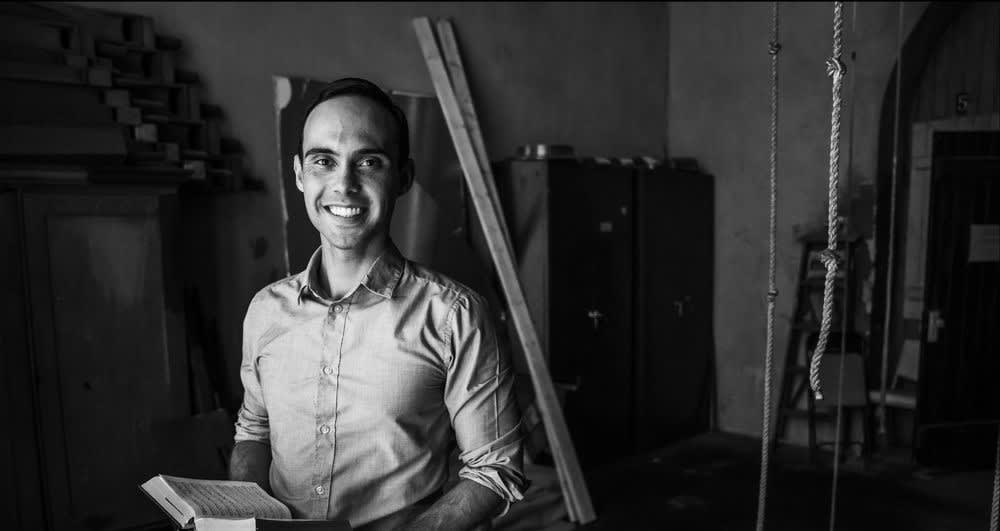 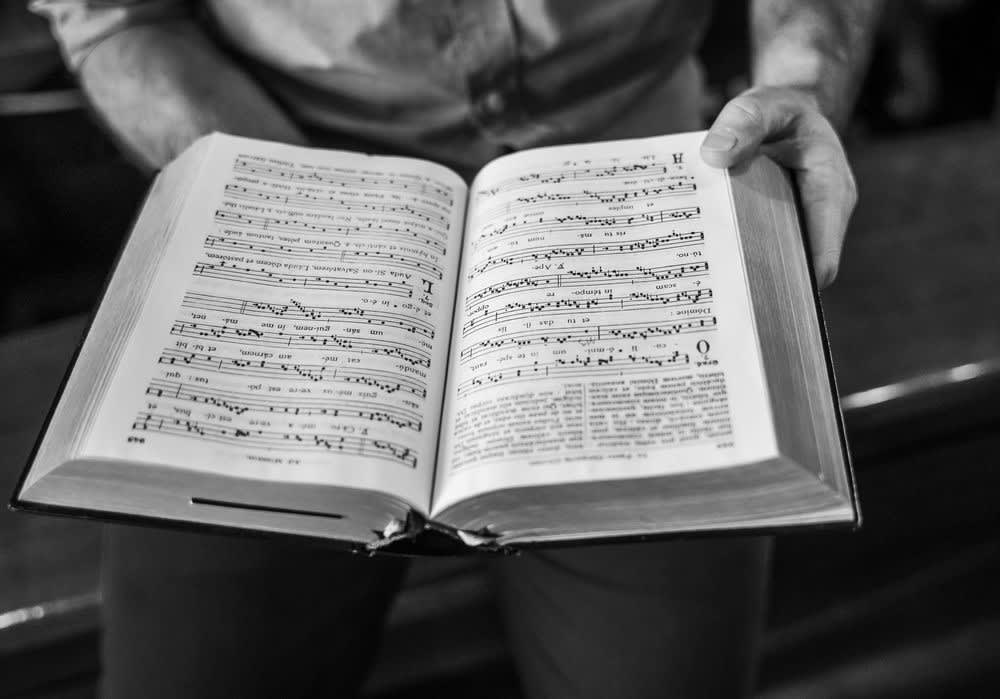 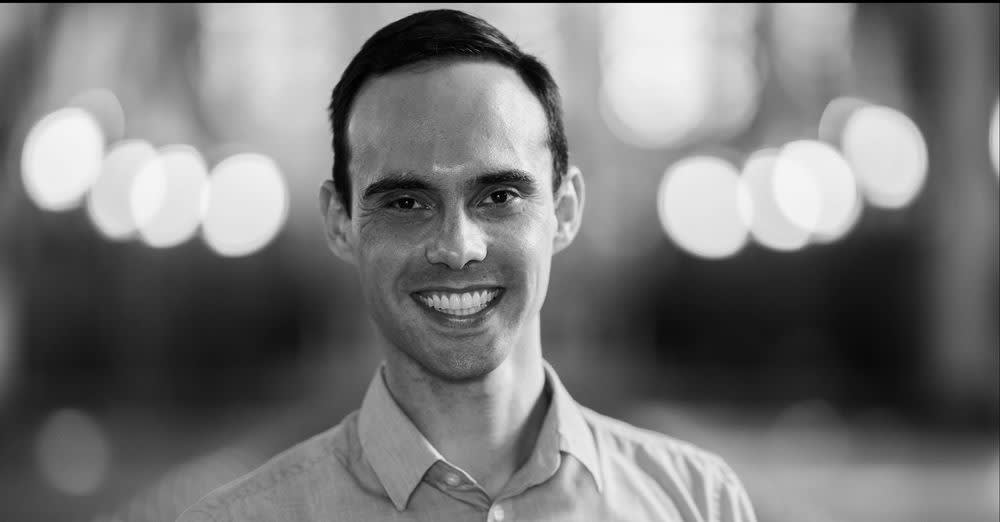 That moment instantly got me curious. Soon after, I checked out a book on the Early Church Fathers, and the letters of Ignatius of Antioch (now my confirmation saint as of October 2021) had a particularly emotional impact on me. He wrote with such an immense sense of truth, and especially about the Eucharist. I remember realizing that the Church's present teachings are the exact same as what Ignatius wrote; he was a disciple of John the Apostle, so that continuity really caught my attention. Eventually I returned to Confession and now regularly frequent both the Eucharist and Confession as a result of that.

There's something so sensorial about the physicality of the Eucharist—the ability to be with Christ in person, in the flesh. I remember once a couple of months ago, I received Communion and was walking back to my pew when I accidentally passed it, so I had to take a little loop to get back to my seat. At that moment I thought, ‘Oh, what a gift that I get a few more seconds literally walking with Jesus.’ I love that! The fact of the person of Jesus Christ being in the host and then physically united with our bodies in that way—it's a great reminder that he's always with us. 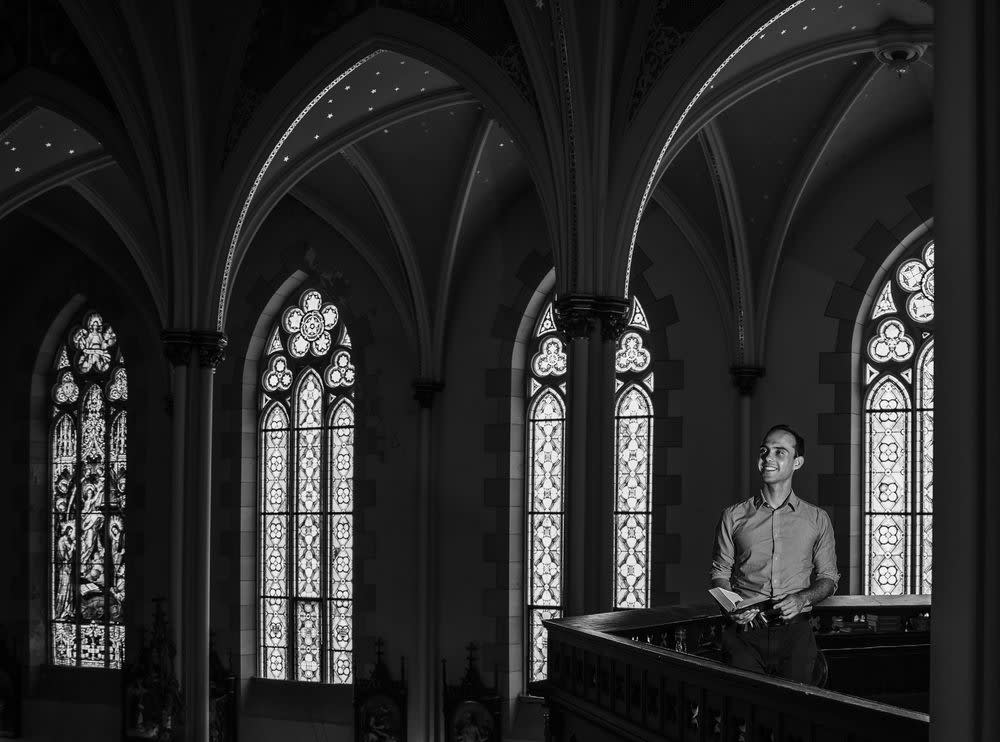 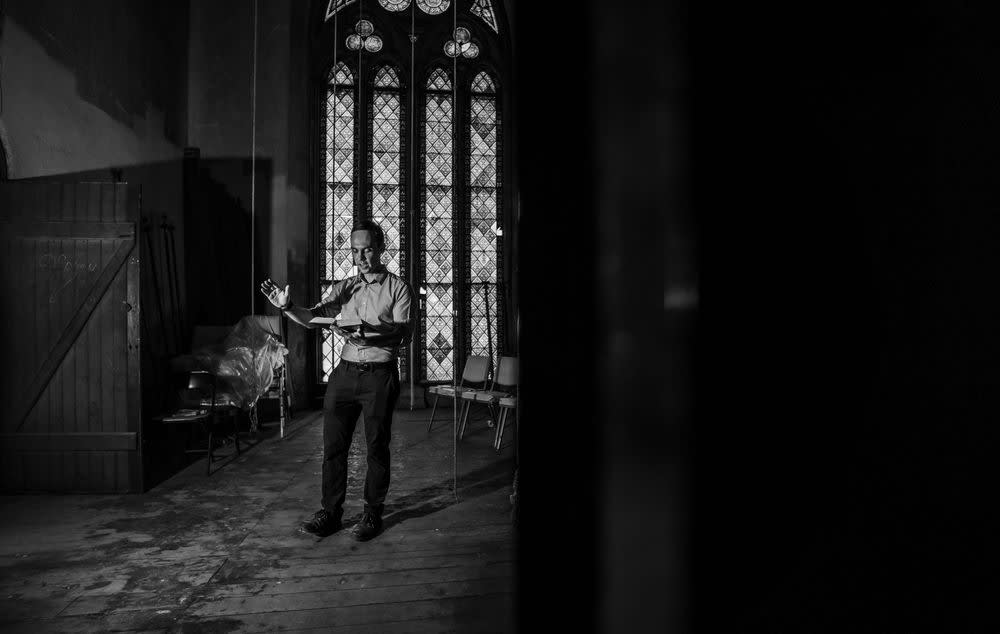 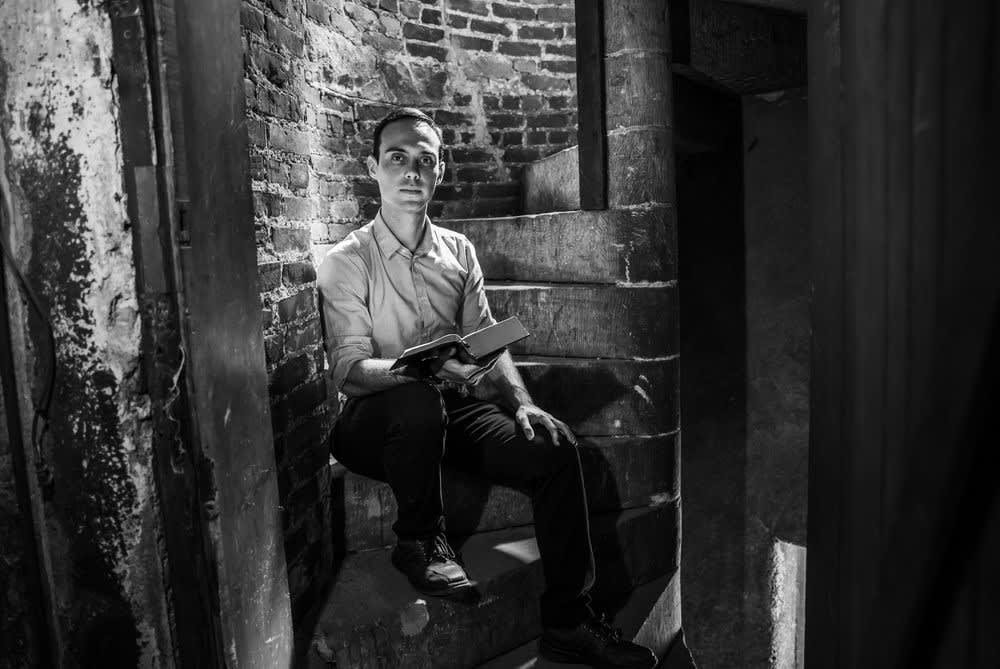 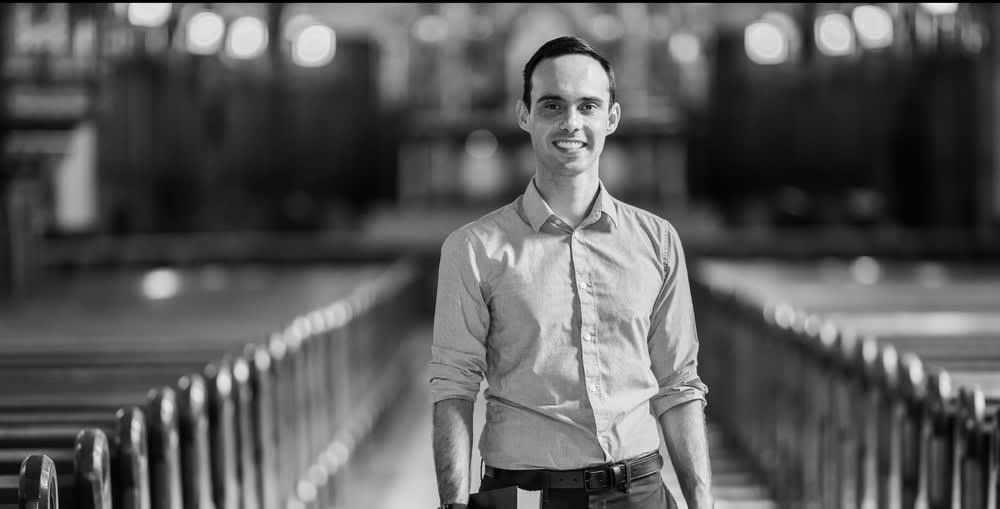 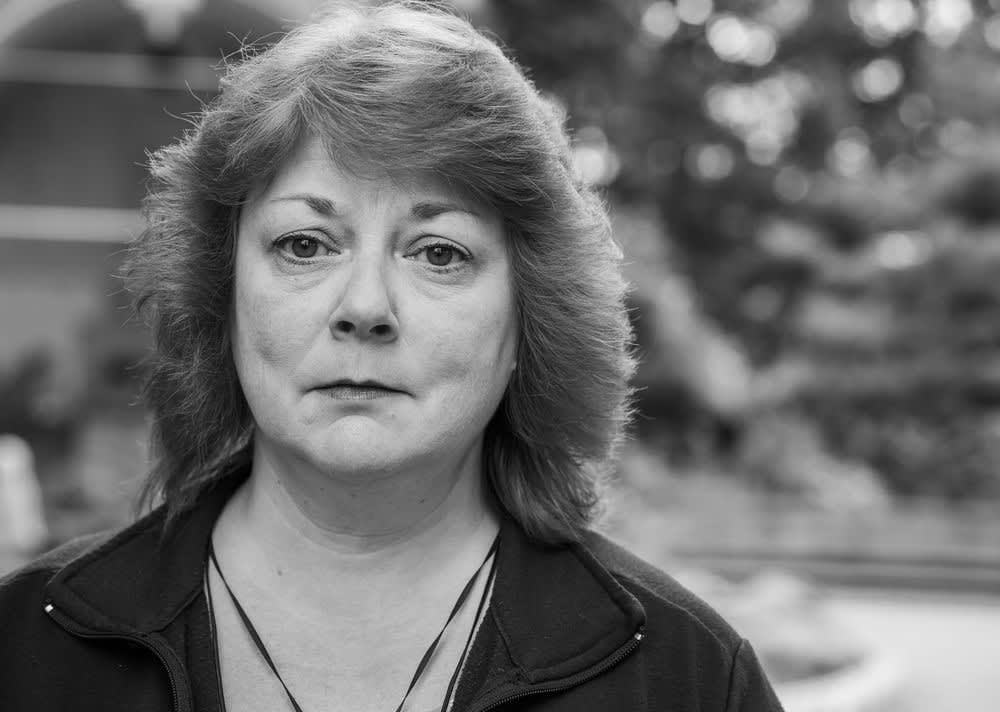